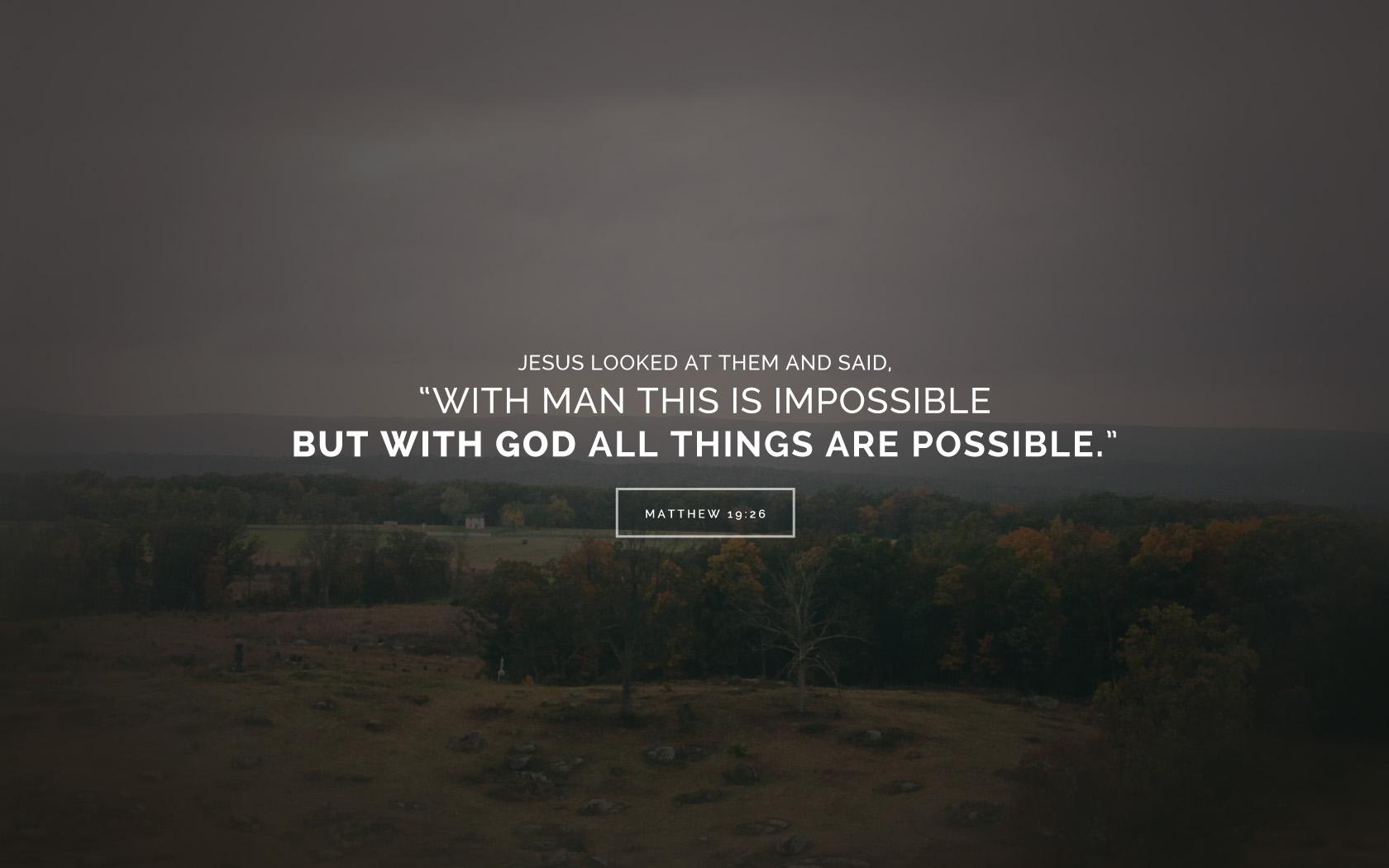 I was laying down on my bed yesterday afternoon when a

thought came to me. A thought that woke me up and made

“Just remember something, when you speak to God you are

the one who sees the boundaries and the limitations, not God!

God doesn’t see any boundaries when He speaks to us.”

I woke up instantly and wrote the statement down. As I

pondered on that thought I realized how true that statement

was, especially in my life.

How many times I have felt God say something only to

rationalize it away. But we serve a God who knows no

boundaries and the people who serve Him know every

boundary! But it must stop! God wants us to trust Him.

He wants us to look past the obstacles and the limitations.

“Elijah replied, “Hear the word of the Lord. This is what

the Lord says: About this time tomorrow, a seah of the

for a shekel at the gate of Samaria.

man of God, “Look, even if the Lord should open the

floodgates of the heavens, could this happen?

You will see it with your own eyes, answered Elisha, but

We all know the conclusion of the story. God used four

lepers to save the city. But before that all happened

we know the city Elijah was in was under siege. There

was a famine and they were powerless to do anything.

No wonder the army officer said what he said. But

consider this, the army officer saw obstacle after

Let’s take a look at another example. Think about

Gideon. God called him to save his people but what

“Pardon me, my Lord, Gideon replied, but how can

I save Israel? My clan is the weakest in Manasseh,

Gideon saw obstacles and limitations. There are only

a few people in the word of God who believed the

first time! But for us to walk in all God has for us the

limitations must go. We surely need the grace of God

to see God as He really is. The first step is to recognize

we have put limitations.

God has so much more in store for you.

We are not meant to deal with the “how” when God speaks,

we are just meant to believe. God will deal with the how.

This is something you must train yourself to do. You

train yourself by spending more time with God. He will

increase your faith. He will give you the peace you need

as you trust Him without limit.

I have failed so many times in my faith with God.

I have doubted Him and have even given up at times.

And that’s what it’s all about. I read a post today which was

Do you really believe Luke 1:37 which says:

“For with God nothing is impossible”?

Do you really believe, with God nothing is impossible??

Remember, when God speaks we are the ones who see the

limitations and the boundaries, He doesn’t. When He

speaks into your life about your life He sees it as done!

Will you trust Him today? Will you make the decision

to look past the boundaries and limitations and believe

the One who doesn’t see the limitations???

16 thoughts on “When limitations are the only thing you see…..”