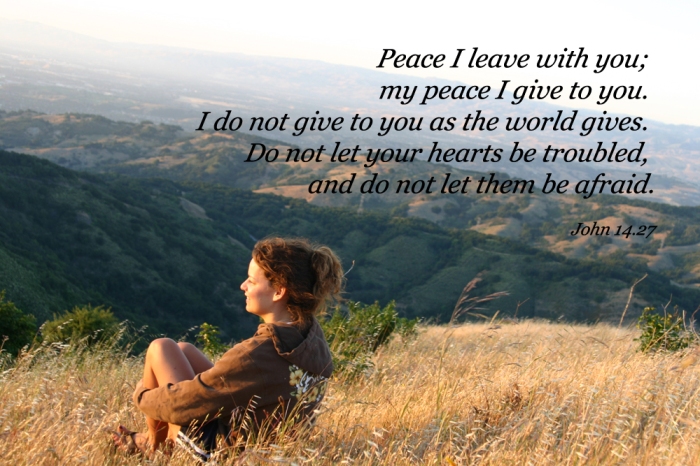 Everyone faces trouble. Everyone faces storms and trials  and testing in their lives. That is one thing we cannot escape. I had a really bad day today. One of those days where you want to just throw in the towel. It really has been a crazy day. This is the thing though, troubles and problems are a part of life and my job is to learn to cope, learn to trust God in the midst of confusion and hopelessness……So in the midst of all that I read a pretty amazing story. The story was about Peter when he was arrested by Herod. The word says,

All the time that Peter was under heavy guard in the jail house, the church prayed for him most strenuously.

Then the time came for Herod to bring him out for the kill. That night, even though shackled to two soldiers, one on either side, Peter slept like a baby. And there were guards at the door keeping their eyes on the place. Herod was taking no chances!    Acts 12: 5, 6

I could not believe what I read. Peter was surrounded by guards and was even shackled to the guards. He was in very real trouble. He was going to die the next day but the word says he slept like a baby! He never complained or worried. He was not fearful, instead he slept like a baby. I would of being freaking out if I was in his shoes. Herod had doubled the guards. He was not taking any chances.

I want to have that same kind of attitude. Peter was in perfect peace. James had just being killed but that never phased Peter. His trust was in the Lord. His faith in God was deep, and unshakable. He was in a storm but he knew who was watching over him. When the storms of life come how do you respond? When trouble comes what thoughts come to mind? Let us  learn from Peter. I want to walk in the kind of peace he walked in. The fact that he wasn’t in fear showed where his faith was at. Your response to situations determine where your faith is at.

The lesson for me is, rely on God. In the midst of pain and confusion trust Him. Let the peace of God reign. Remember Peter……….