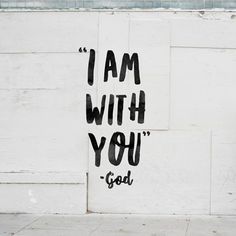 “He delivered me from my strong enemy,

From those who hated me;

For they were too strong for me;

They confronted me in the day of

but the Lord was my support.”

I love this chapter. King David sang this song

when God delivered him from all his enemies,

a chance against Him!

No matter how strong your enemy is the Lord will

“They confronted me in the day of my calamity but

the Lord was my support”

Of all the times to attack, the enemy chose to attack him

in the day of his calamity! Simply said, the enemy chose

to attack him when he was at his worst and weakest!

That wasn’t good news for David.

At his worst and weakest he was vulnerable.

He didn’t stand a chance!

The enemies tactics haven’t changed. He still tries to attack you

when you are at your weakest.

Why do you think it’s so easy to think negatively

when you are discouraged and crushed??

Some of the reason is because we are flesh and we

have a natural proclivity to be negative but the other

part of that is because we have an enemy

who doesn’t want us to accomplish all that God has for us!

As I look at the times I was discouraged and

down I remember how easy it was to think negatively.

day. It’s not a reflection on what the rest of your life will be.

“They confronted me in the day of my calamity,

but the Lord was my support”

The Lord is my support at my weakest.

That is why the enemy will not win.

but the Lord is my support!

I don’t have to fear because God is by my side.

When you are at your weakest turn to God.

He will deliver you from your strong enemies.

The enemy will not cut you down. He will not be