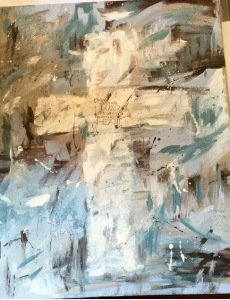 I hope I find you all well. There is something on my heart

I would like to talk about. That something is the deep desires

God has put in our hearts. We all have desires, things we really

I believe we all have desires from God. There are some very

specific things He has put into our hearts which He wants

to bring to pass in our lives. They are real and not a figment

I know I have deep desires in my heart. I may not be able

to articulate them but they are real. I can feel them!

The thing though is as the years have passed, something has

happened, life! A lot of life has happened and life at times

made me doubt the desires God put in my heart.

the desires God has put in my heart. “That doesn’t make

sense” they tell me.

“What’s wrong with you?”

“Why are you making things difficult for yourself”

person take? There have been desires that have not come

to pass. That has been confusing to say the least. Why

have a desire when it won’t come to pass??? It’s almost cruel.

But as time has passed I have grown in my relationship with God.

I understand He created me and I am unique.

I am not some object you can understand by

reading a manual! God designed me and He is the only

He knows what He is doing. He will bring to pass the desires

He has put in my heart. If a desire has not come to pass, then

there is a reason. That goes for you too. You life is unique.

Your life is not a book someone reads and is done with in an hour!

Your desires are not one dimensional. There is so much more than

help paint a picture of what I am trying to say.

“And he said to Gehazi his servant, Call this Shunammite.

When he had called her she stood before him. “

There was a woman who would feed Elisha everytime he passed

by her house. She and her husband made him  a small chamber

so he could rest as he travelled. Elisha wanted to return her

kindness so he called her to ask what he could do

“And he said to Gehazi, Say now to her, You have been most

painstakingly and reverently concerned for us; what is to be

done for you? Would you like to be spoken for to the king or

to the commander of the army? She answered, I dwell among

my own people [they are sufficent]. “

In other words, she was okay and needed

nothing. But Elisha was not satisfied with her answer. So

he probed deeper and found out she had no child.

“Later Elisha said, What then is to be done for her?

Gehazi answered, She has no child and her husband is old. “

one. I also believe Gehazi was the one who spoke more

frequently to the woman and the husband. He was not

she had tried and couldn’t have. It was a deep desire she

had which didn’t seem to come to pass. She had buried

it so deep that when asked what she wanted, it didn’t even

register. It must of been painful discovering she couldn’t

have children. So she did what most us do, she buried it deep

never to be unearthed.

as I show you why I think that was so.

“Elisha said, At this season when the time comes round, you

shall embrace a son.

She said, No, my lord, you man of God, do not lie to your

following year, as Elisha had said to her. “

good news! Instead, she reacted differently. It was like she

was saying, “don’t awaken hope again! I believed once but it

didn’t happen so please don’t lie to me. Just leave it alone. I ‘am

okay as I am. I don’t want my heart to be broken again.”

God granted the woman her deepest desire. That desire

she had buried deep. That desire that caused her pain.

He brought that desire to pass. That really encouraged me.

He will bring to pass the desires He puts in us.

If it hasn’t come to pass, He has a reason.

Trust God with the desires He has given you. He can be

Blessings to you all……

At bible school the lecturer made a very interesting observation. He said a lot of Christians pray and pray but don’t praise. He then told a true story about a traveling pastor who was sick. Every where this pastor went he asked people to pray for him but nothing changed. His sickness remained. One day the pastor went before God and asked Him why he was still sick despite the countless prayers being offered for him. God showed him a vision of measuring scales. On one scale was praise and the other was prayer. The scale which was prayer was filled and it far outweighed praise. God then told him that the reason nothing was happening was because there was no praise in his life. The man began praising God everyday and within no time he was healed of his sickness completely!!! That is the power of prayer and praise. The two go hand in hand.

Let me show you this principle in action in scripture. In Acts 16:23-36 we read about Paul and Silas.

In verse 25 up to 26 it reads, “but about the middle of the night, Paul and Silas were making prayers and songs to God in the hearing of the prisoners;
And suddenly there was an earth-shock, so that the base of the prison was moved; and all the doors came open, and everyone’s chains came off.
Notice, they prayed first but only as they praised God did the deliverance come through. A lot of the time we have prayed and prayed but with no answer while God was waiting for us to praise Him! There is power in prayer, no doubt but there is also power in thanksgiving and praise.

For another example we are going to look at 2 Chronicles 20. In verse 2 we read how Jehoshaphat got some disturbing news about a great army coming towards him. In his fear, he prayed to God for help. But notice that he didn’t get his deliverance then. The Lord answered his prayer but he didn’t get his manifestation then.  The manifestation only came when he praised God! The enemy still advanced after he prayed but it is only when he praised that the deliverance came.

It is the same with us. We should pray, we NEED to pray but it should be coupled with praise! Is your life balanced? Is your scale balanced? This is for all of us. I know that my scale is not balanced. My praise and thanksgiving is very low but I want it to increase!

Praise is acting like we have the answer – David Divelbiss

I have been so challenged by this word, I hope you have too. Let us practice praying and praising. Our praise is an act of faith towards God. It is our praise to God that releases our faith! Prayer is powerful, praise is powerful but together you become unstoppable! 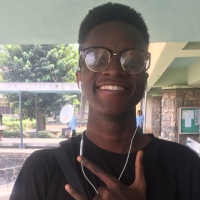 Seeking Solace in the Horizon of Life & Beyond.