“And He brought him outside [his tent into the starlight] and

said, Look now toward the heavens and count the stars – if

you are able to number them. Then He said to him, so shall

And he [Abram] believed in (trusted in, relied on, remained

steadfast to) the Lord, and He counted it to Him as righteouness

is always trying to make us see more. Abram had left what he had

always known to follow the Lord. The Lord had told him to

pack up and leave to a place unknown. Did Abram know what

was waiting for him? I seriously doubt that.

Before God called him did he have a vision for his life? He probably

did but I don’t think it was as big as what God had planned.

And that is why God had to take him outside. He had to give him

another picture. It’s interesting to note how many times God kept on

telling Abram about his purpose…..He didn’t just tell him one time!

The picture Abram had would not help him walk

in God’s amazing promise. So God took him outside and showed

him something outrageously beautiful if there is such a thing!

God showed him something which was naturally impossible. It

was impossible, plain and simple. But that didn’t stop God.

As I read this I can see how God did this for me. I didn’t have the

right picture before I became a Christian. I had another picture,

a picture created by the abuse that went on in the house, a picture

carefully crafted by everyone who didn’t see God’s amazing plan.

been realistic, some thought since they knew me better than

the majority they could tell me what my life would be like. But

“You are not going anywhere in life”

“You are so dumb”

“Look at where you grew up”

“Abused people don’t have a future”

On and on it went. But I was young and no one taught

me to say no to what was being said. I didn’t know better so

a part of me and every negative word formed the “picture”.

Then I became a Christian. I still had the messed up “picture”.

in life, which wasn’t very much. It dictated what kind of friends

I should have. It dictated the kind of life I was to pursue!

But God intervened and showed me another picture. At first I

rejected it. Lies….It was all lies! Someone was trying to set me up

again. But God persisted and took me “outside and showed me

the stars and told me to count them if I could……..”

Over time I began to believe Him. It was crazy but how could I

endure. It tooks years and years of pain and even tears. But

God in His grace persisted and kept on showing me “His”

picture and I am forever grateful. Am I there yet? Not by a long

shot but the picture has changed drastically and continues to….

Friends, God has a better “picture” for your life. He wants

to show you the most amazing things if you let Him. Ditch the

old picture that told you how much of a loser you were, that

were, that told you you had no future, that made you aim as low

as possible just in case you failed…..!

The old picture can be changed. The enemy has lied to you

and has done something crazy. He has made you believe that

the old picture is the truth!

He has made you believe that the old picture is the real you!

He is dead wrong friends!

God’s picture is stronger than any picture the enemy can

ever fabricate. That is what he has done. I looked up the

definition of fabricate and this is what I found:

Fabricate – invent something in order to deceive.

My hope is that you will understand the ‘picture” can change.

Your truth can change. There is another picture, God’s

picture. There is no other picture that can compete to His

picture. All other pictures must bow down to His. He loves us

with everything within Him. He has only the best reserved

for us. Let’s stop listening to the lies of the enemy.

And there was a famine in the land, other than the former famine that was in the days of Abraham. And Isaac went to Gerar, to Abimelech king of the Philistines.

And the Lord appeared to him and said, Do not go down to Egypt; live in the land of which I will tell you.

Dwell temporarily in this land, and I will be with you and will favor you with blessings; for to you and to your descendants I will give all these lands, and I will perform the oath which I swore to Abraham your father.

And I will make your descendants to multiply as the stars of the heavens, and will give to your posterity all these lands (kingdoms); and by your Offspring shall all the nations of the earth be blessed, or by Him bless themselves,  Genesis 26:1-5  (Amplified)

As I write this post there are a few things I need to make clear.

It is clear from the scripture I just shared that Isaac had an amazing promise from God. The other thing I would like to make clear is Rebekah was the one God had for him. They were destined to be together. (Read the story of Abraham and the servant – Genesis 24)

But there is a problem. I saw it and was like what???

Isaac was forty years old when he married Rebekah, the daughter of Bethuel the Aramean of Padan-aram, the sister of Laban the Aramean.

And Isaac prayed much to the Lord for his wife because she was unable to bear children; and the Lord granted his prayer, and Rebekah his wife became pregnant. Genesis 25:20, 21

God had a great destiny for Isaac. His posterity was to possess the land and through his posterity the nations would be blessed but God gave him a wife that was barren….!!!!!

That stunned me. Why would God do that? He could of easily chosen another woman for him, a woman who was fertile, right. But no, He chose Rebekah who was barren!

Yes, Isaac could have married someone who was fertile but where would faith come in? God wanted Isaac and Rebekah to put their trust in Him. And as they did God answered their prayers!

You may be in the most contrary of situations but trust God.

– You may be poor and God has said you will feed nations. Don’t look at your present situation, trust God!

– You may be uneducated but God said you are going to get that job. Trust Him!

God wants us to trust Him! No matter what we are going through we can depend on Him! Faith is the key……

Let us take a look at the report the men brought back:
– We went to the land to which you sent us and, oh! It does flow with milk and honey! Just look at this fruit!

– The only thing is that the people who live there are fierce, their cities are huge and well fortified. Worse yet, we saw descendants of the giant Anak. Amalekites are spread out in the Negev; Hittites, Jebusites, and Amorites hold the hill country; and the Canaanites are established on the Mediterranean Sea and along the Jordan.

– But the others said, We can’t attack those people; they’re way stronger than we are.
They spread scary rumors among the people of Israel.
Numbers 13: 27-33

Moses had given them specific instructions when they went out to spy out the land and they brought back the information they gathered according to what was asked of them. Please note, as far as we know they did not fabricate anything- The walls were fortified, giants lived in the land and so on and so on. Everything was true yet the word calls it false!!! The spies focused all their attention on what they saw and forgot about God. Yes, there were giants in the land but they did not compare them to God. Yes, the walls were fortified but they did not compare them to God. They forgot about the God who parted the Red Sea, the God who destroyed the most powerful kingdom on earth at the time. There is a lesson for us in this story.

God has something to say if you will trust Him. Don’t believe the false news.

This is what I have been trying to get at. The spies thought they were being realistic when they brought back the news. They seen giants and they seen fortified cities. How could they conquer against such impossible odds? They failed to see God and and there report was called false.

There are so many things we face as people and there is a temptation to think that’s how it’s going to be. There is a temptation to throw in the towel and give up but God doesn’t want us to do that. He want’s us to know, there is another way – Him! He can turn your circumstances around just like that. He is God and He can do that. We just need to trust Him and not believe the “false” report. Amen! 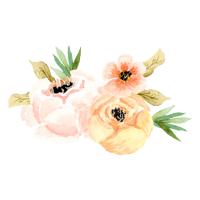